Disclosure: Couplesfancydress.co.uk contains affiliate links to amazon.co.uk. As an Amazon Associate, I earn a commission from qualifying purchases. Thanks for your support!

However, I recommend purchasing the costumes seperately as this will work out a lot cheaper, and you can also choose exactly the right size for each one. You will find these below, as well as another jester couple costume set which you may like... 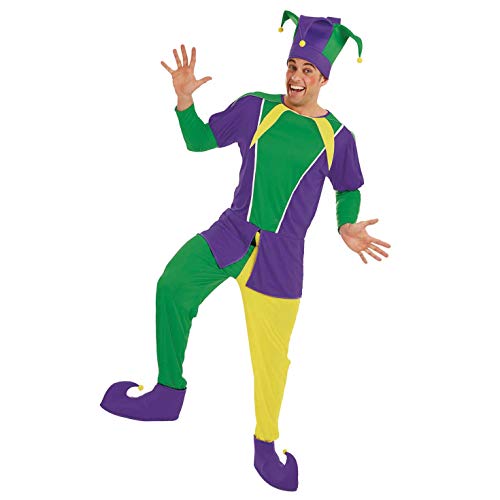 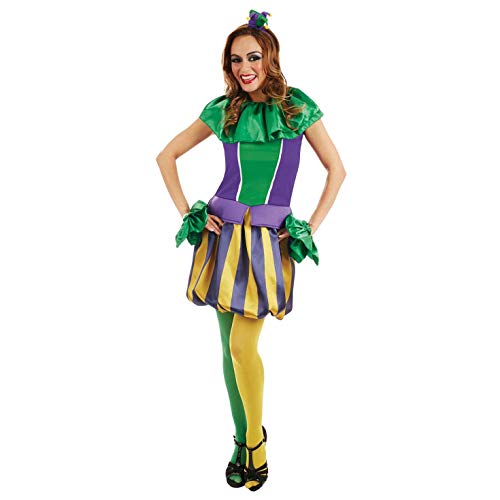 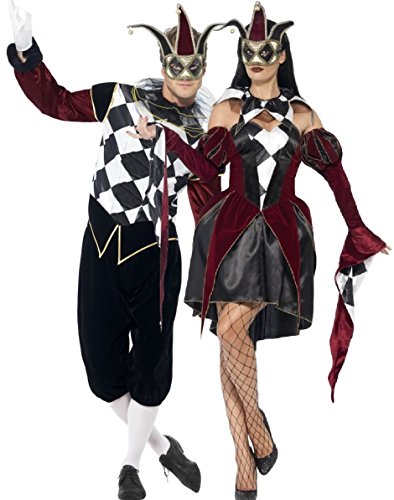 Jesters (or fools) were entertainers during the medieval period who were employed to entertain wealthy noblemen, kings and queens, using song, dance, storytelling, jokes, magic, juggling and acrobatics. They dressed in colourful clothing, often with a motley/patchwork pattern, and wore a cap and bells fool's hat which would have horns with bells on the end, or somerimes a donkey's ears and tail, and/or a cockscromb crest. The bells were sometimes also attached to end of their shoes which curled upwards and inwards at the end, and also to their costumes. The noise would signify the arrival of the jester. They would also carry a marotte/sceptre which featured a carved head.